Digital photos straight out of the camera are always just a little bit soft. That’s why adding sharpening as the first part of your workflow is a must. It’s also the last thing to do before printing.

Many digital cameras today have an anti-aliasing filter embedded over the sensor to reduce the possibility of moiré, a swirling pattern that can appear in some textures and patterns. It reduces this effect by slightly softening the initial photo. Adding some sharpening at the beginning of any workflow is a great idea. I even sharpen photos I make with my Canon EOS 5DS R, a camera that doesn’t have the filter over its sensor.

Sharpening is an increase of contrast along the edges in a photo. It works by detecting pixels that are not similar to pixels around them and then increases the surrounding pixels’ contrast.

It used to be said that sharpening for printing was to be done at a 50% view on the monitor. This is so last decade information. That was great guidance for lower resolution monitors.

With today’s high pixel per inch (aka high DPI) monitors, a much greater viewing magnification is needed. The section of a portrait open in LuminarAI below is a screenshot made at 100%. It looks sharp, doesn’t it? But 100% views just don’t show enough information anymore.

The Details panel breaks sharpening down into three categories: Small Details, Medium Details and Large Details. The Sharpen control is a global sharpening for the images. I have added sharpening to both the small and medium details in LuminarAI and some overall sharpening in the Details panel.

The photo on the left is just plain soft. It’s simply not sharp. I guarantee it was in focus. The photo on the right is sharp. Look at her eyes and at the creases in the backdrop. There is a big difference.

StructureAI in LuminarAI increases contrast in the midtones of the photograph, while sharpening in the Details panel sharpens the whole photograph. My view of this is to add structure or clarity only after sharpening is added.

StructureAI is smart. The next screenshot shows the addition of structure. The background has a lot more detail in it, but Xialyn’s face doesn’t change thanks to LuminarAI. The next two photos show the difference between enhanced details and StructureAI.

Sharpening every photograph is one technique often overlooked by beginning photographers. Check your own photos at 200% view if you are using a high-resolution monitor. If you are using a Mac with a retina display you have a high DPI monitor.

Sharpening for prints is another topic that will be covered here on Photofocus soon.

Fulfill your creative ideas with Luminar Neo! Preorder now and get the Photofocus preorder bundle, full of extras like a deep dive training video, templates, LUTs, textures and more when Luminar Neo launches.

Preorder yours and get extra bonuses! 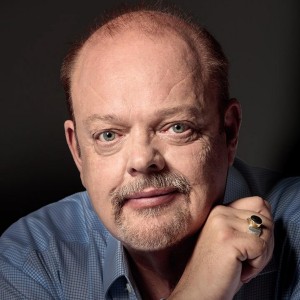 Photography is life. Kevin is living it to the fullest. His practice includes fashion, editorial, architectural and corporate photography. Most of all he loves making photographs! See more of his work on his website.

Using presets and templates in post-processing — is it cheating?

What I’m looking forward to most with Luminar Neo

Search for a tutorial

Subscribe below to get the latest Luminar news and tutorials. Plus, get bonus freebies and exclusive offers delivered straight to your inbox!

Realistically enhance and replace your skies in LuminarAI
Want to change your subject’s eyes? A first look at IrisAI in the new LuminarAI
A look at Textures and Blend Modes in LuminarAI

Enter your email address below to receive your Luminar Neo bonuses! They’ll be sent once Luminar Neo ships this winter.